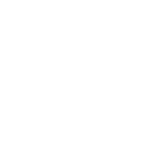 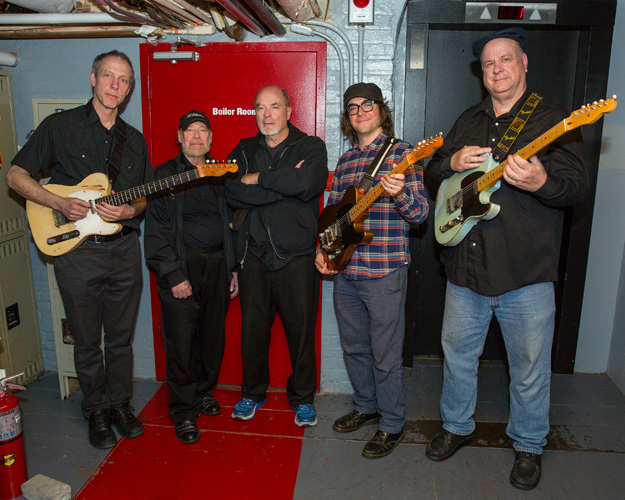 Cover art and high res images available below for download

It all started at the legendary Northern Virginia roadhouse JV's. D.C. born guitarists Anthony Pirog and Joel Harrison, musical soul mates, and now doing their first gig together, tore into a set of jazz-amped honkytonk songs before a stunned crowd. But two Telecasters wasn't enough. The bassist for the show, John Previti, who backed up guitar legend Danny Gatton for twenty years, had invited acclaimed local guitar slinger, Dave Chappell, to sit in. Soon three Telecasters were blazing away, exploring shared history and new frontiers. The Spellcasters were born.

MEDIA
For press and media: cover art and high resolution images are available below for download (click thumbnail, right-click image and select "Save As.."). Please credit the photographer (when available) and "Courtesy of Cuneiform Records". For more information, click here.
Music from the Anacostia Delta 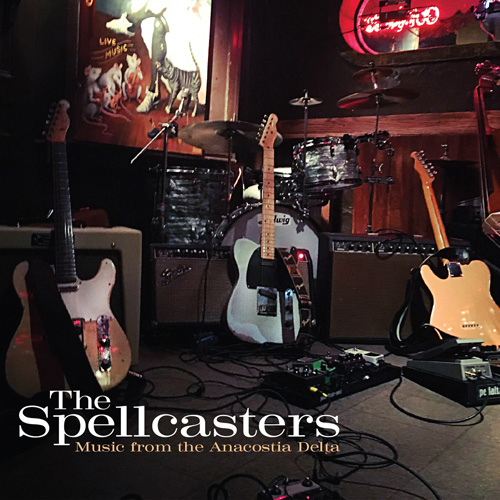 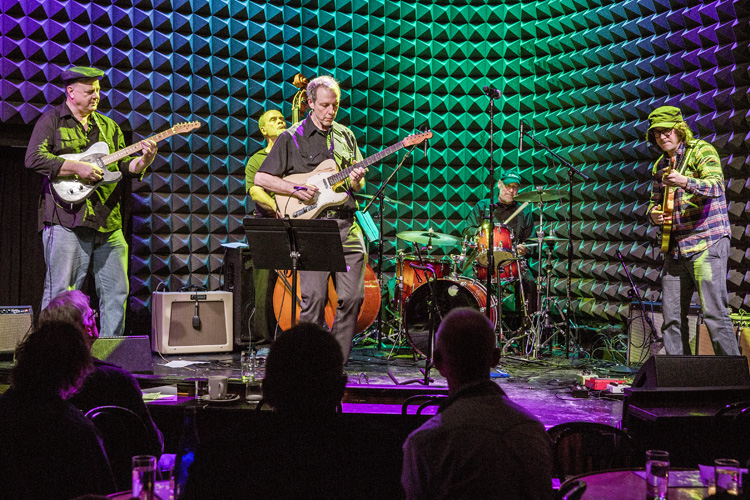 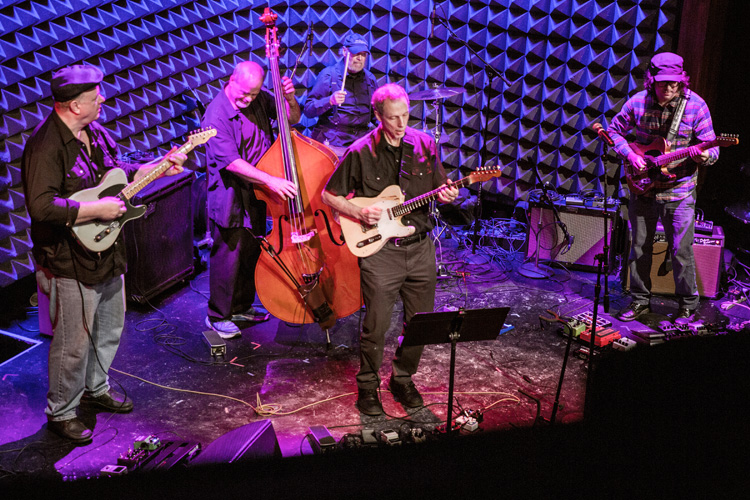 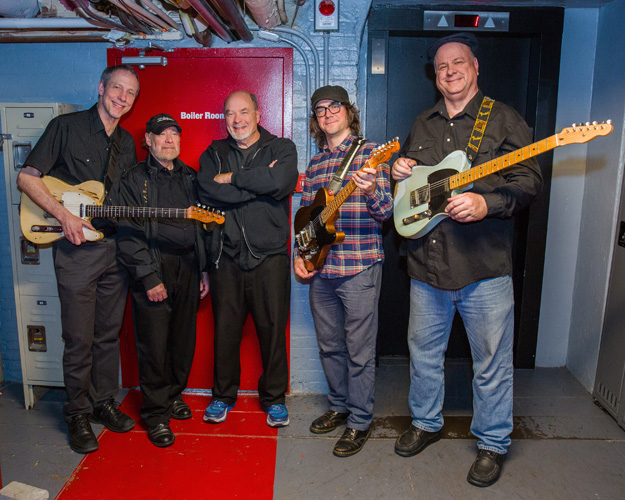 Thanks to Vintage Guitar Magazine for this article in the March 2020 issue! 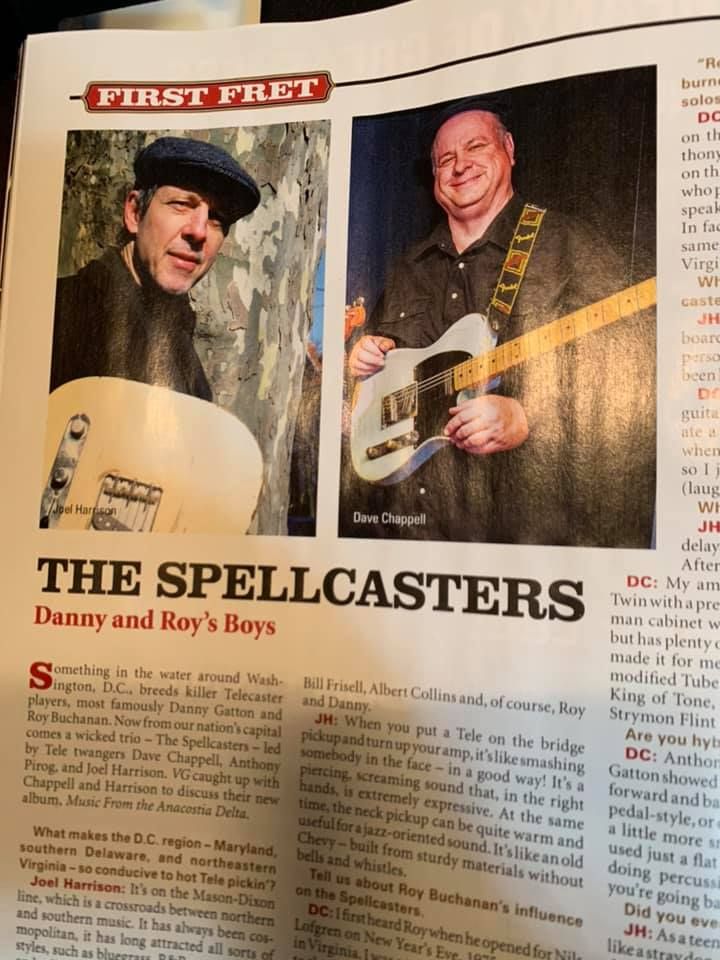 Thanks to the folks at Vintage Guitar magazine for the very nice review of my playing on the Arty Hill CD,  "Back on the Rail," published in the September '09 issue.    Here it is. . .

"Elvis Through the Eyes and Ears of Dave Chappell" The Old Town Crier February 2011:
www.oldtowncrier.com/gigs-and-digs